Practice Poker was the final project my team did for the Software Engineering class at the University of Missouri – Columbia back in 2003.

The project page is available at http://www.auia.net/school/poker/. 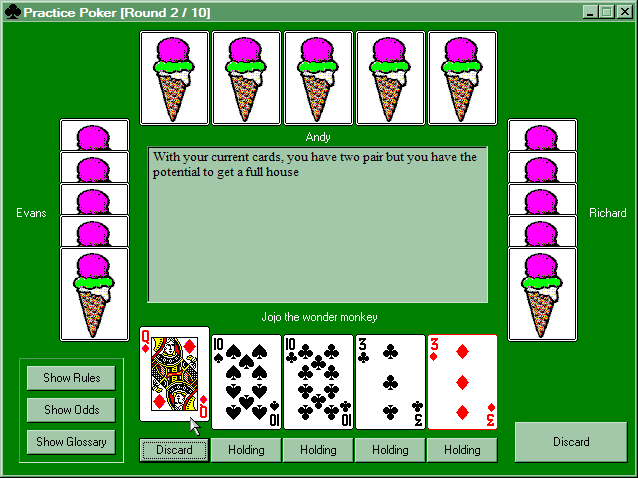 This was a project at CHIL, showing a before and after vision of EBE for the For All We Call Mizzou Fundraising campaign.

END_OF_DOCUMENT_TOKEN_TO_BE_REPLACED

I don’t remember why I titled it T27, although it might have taken 27 minutes to make the very first version. All in all, I spent about a day playing around with the concept and here you have it. The main idea was to do something fun and fast with ASCII graphics so I didn’t get bogged down making it pretty.

You play an owlish character (it’s hard to portray fine details in a 4×4 ASCII grid) who must defend himself from evil invading cubes. Your owl has the ability to grab cubes from the sky or throw them back, although he can only carry cubes of one color at a time.

After a number of grabs or throws, the screen will start to vibrate, indicating that another wave is approaching. Your owl can do two more things before the next wave comes, but he is fighting a losing battle, as the cubes never stop coming.